If you installing the Citrix VDA for Server or Workstation there is a TargetOSOptimizer included, this is the same as in the Citrix PVSTargetDevice Installer is included, but the path is different.

.. or with the Commadline for an automated VDA Installation (prefered Method) .. the following screenshot are showing the output from the Log itself.

Both of them triggers the TargetOSOptimizer in an unattended way.

If you used the VDA unattended and prefered installation method and create a logfile for example in C:\Windows\Logs, you can check the logfile if the optimization are executed

The Logfile refered to HKLM\Software\Citrix\PVSAgent entries, where the TargetOSOptimizer can be found

If you open up this path, the Optimizer is there

I’m figure out that in 7.17 (not 100% shure) up to 1903 release the TargetOSOptimizer is not available on the the system but the option is available to in the GUI and the CLI command .

If you check the Logfile from the XenDesktop Installer, no VM Optimizer can be found..

and in the Registry there is no PvsAgent key exists, to point to the TargtOSOptimizer folder

This is a strange Bug, the GUI das not send any error back and the unattend installation ends up with no special errocode.

During the VDA installation skip the execution for the Optimization and use the Citrix Optimizer instead, this is a fully supported usecase.

I have also send some Informations about this to the Citrix Product Management to completly remove this option in the future. It’s better to optimize your system at the end during sealing for non-persistent devices with BIS-F and Citrix Optimizer or at latest step for persistent devices, as running during VDA setup and some other installations will followed by them and the optimized settings are overwritten. 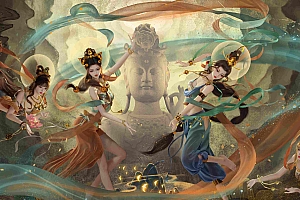